I often get the question of how old hard style Taekwondo was like. This is a good question and I must say it is very difficult to have an accurate answer to it. You see old hard style Taekwondo was formed in several different schools. The different schools had their simularities but also differenses. For a quick guide to see when the schools opened and who founded them see my Taekwondos Karate roots post. I also had a post titled Taekwondo time travel that featured old style Taekwondo. Because of the number of schools involved and their differenses I have to talk generally here. The other problem is that old hard style taekwondo can be many things. In this post I will focus on the striking art as taught in Korea in the 40s-60s.

Essentually the martial art taught in the old Kwan was hard style Karate. The founders practised Shotokan, Shudokan and Shito ryu Karate before returning to Korea and founding their respective schools. Some also practised Chinese styles but their influences in main stream Taekwondo is not readyly seen today.

Also Taekwondos major tradition for change and rapid evolution from the art taught in the old Kwan up until modern days with olympic Taekwondo makes it difficult for the modern practisioner too know how the old style was. I can say that for the most part people who practised Taekwondo in the 40s-early 70s practised a combat art. It was primarily based on the most simple and effective strikes blocks and kicks from the hard style Karate. The art that the founders of Taekwondo studied frequently divided their training into the three "Ks" of Karate. Kihon, Kata and Kumite (basics, patterns and sparring). This left a void in terms of grappling and self defense techniques (throwing, take downs etc) but the founders seeing there was a missing puzzle ammended this with "Ho Sin Sul" or self defense techniques and so a practisioner of early Taekwondo would learn fundemental movements like punches, kicks and blocks but also throws, takedowns, locks and release techniques and anti grappling.

Early Taekwondo was a technique based art with the most simple and effective techniques being devoted the most of the training time, and the forms was seen as a way for a group to perfect their techniques. They used a lot of time conditioning themselves to develop power, and toughened up the shins, forearms and hands to the point where they could break stone. No not roof tiles but stone like the one you stumble over when taking a hike in the woods.

Power strikes was the main weapon of the style and being able to win a fight with one punch was the goal of training. As such the basics (Taekwondo was a technique based style) was drilled like there was no tomorrow. There was also no to little fancy kicks in this incarnation of Taekwondo, favouring what we today would call basic kicks: Front thrust kick (ap chagi), Roundhouse kick (Dollyo Chagi), side kick (Yeop Chagi), and turning side kick (mom dollyo yop chagi). All those fancy flying kicks, spinning kicks and flying spinning kicks was not developed until later for sport sparring and for demonstration purposes. The kicks of the early Taekwondo was as with all else in this incarnation of Taekwondo simple, effective and extremly powerfull as they were training to end a fight with one technique. 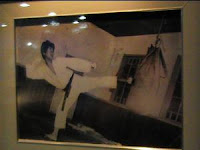 In Japanese Karate there is a term called Ikken hissatsu (often translated as one strike one kill), and the founders of Taekwondo used the same philosophy when teaching their students. In Korean they call it ilkyok pilsung (one move, victory), wich sounds less violent than the Japanese term but they are essentually the same. I will write more indepth on this term in a future post, but think of the mind set of the practisioner who practise hard to win every fight with one technique. The forms practised in the 40-60s was usually Karate Kata like Kicho Hyung (Taikayoku Kata), Pyung anh Hyung 1-5 (Pinan or Heian 1-5), Chulgi 1-3 Hyung (Naihanchi/tekki Kata), Kongsookon Hyung (Kushanku Kata) and Palsaek Hyung (Bassai Kata). Hyung is the Korean pronounciation for the letter that reads "Kata" in Japanese. Typical techniques of the old style Taekwondo included: The kicking techniques consisted of: This list of techniques are not mine, but it comes directly from the founder of the first "Taekwondo school" namly Chung Do Kwan; Lee Won Kuk. As you can see all of these techniques are still present to a large degree in the different Poomsae we have today (well the tiger fist is lost from "official poomsae" but it is still a part of Kukkiwon Taekwondo as it is featured in Kukkiwon Textbook). 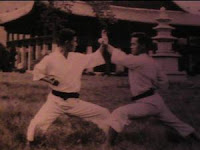 They also included a lot of formal or fixed sparring like the ones described in the post The Pillars of Taekwondo part three; Sparring. These were not an innovation but an import from Shotokan Karate. The inovation came a little later by including "foot sparring" and sparring from a seated position on a chair. Here they took something that was developed in Shotokan that again was developed from different kory jujitsu (old school Japanese arts) and aplied it to Korean martial art and the time Taekwondo was developed. The free sparring was with few rules and generally very very hard contact. I remember my teacher telling me how he used to get beat up pretty bad each training because he was smaller and younger than the norm. Usually Taekwondo was practised by grown ups and it was practised as an art of self defense (hence why they relied so much on the "simple and effective" stuff. They focused heavily on the striking aspect and they did use their feet more so than other martial arts at the time (but it was more like 50% hand and feet not 90% feet and 10 % hands like today).

They used training equipment made from everyday objects, but the hars life style also provided a lot of training possibilities. After all weight training is not needed by people who lifts heavy things all the time is it? If they needed weights they used stones, they used poles and trees (usually wrapped with rope or straw) to condition themselves and they would do all kinds of training together (running, climbing etc). 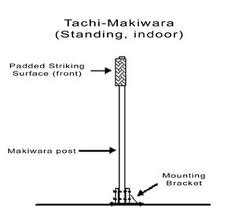 I hope I have provided the readers with some idea of how old hard style Taekwondo was like. My sources are stories told to me by my teacher and other masters that I have come into contact with over the years. I also recomend "Taekwondo a killing art" by Alex Gillis and "Taegeuk Cipher" by Simon John O`Neil for further reading. The latter book is really about practical application of poomsae but it does contain a good description of old style Taekwondo that also validates the stories that I have been told.