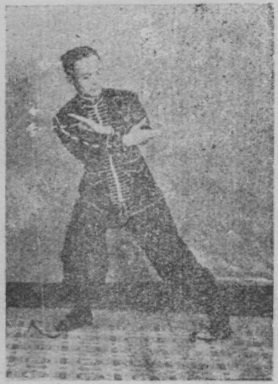 People always want their favourite martial art to be really old, as if that somehow makes it more effective. In reality, age has no bearing on effectiveness and it’s the practitioner that is effective anyway, not the art.

In short, it doesn’t matter what martial art you practice, it matters what you can do with it.

Looking for scraps of evidence to somehow prove your art is older than it is, is a pedantic and pointless route to go down.

I’ve still seen no credible evidence that Tai Chi existed before 1850 beyond legends and myths. However there were plenty of Republican era Tai Chi manuals published in China by the Kuomintang, and almost all of them include some sort of dubious history section that traces Tai Chi back over a thousand years. Don’t latch onto these things – they are a product of their time, a time when the martial arts was being politicised to strengthen the nation in the face of foreign aggression and burn out the memory of previous humiliation by European powers who had advanced all the way to Beijing and captured the city during the second Opium war, forcing humiliating concessions from the Ching.

Thanks to the Brennan Translation website, you can read a lot of these Republican era manuals for free, and look at the photos, which are a fascinating insight into martial artists of the time and what they looked like. 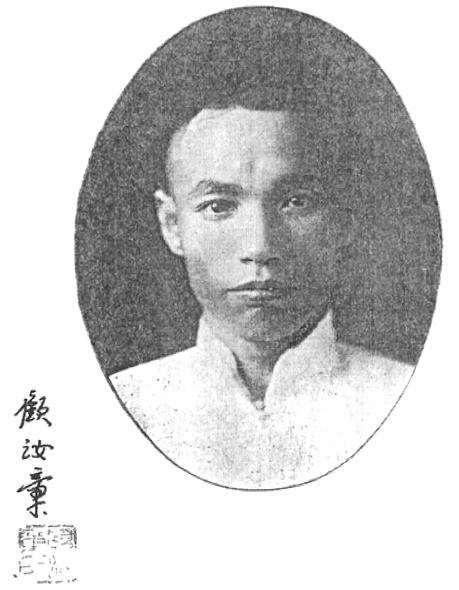 For example, the famous Gu Ruzhang, the “King of Iron Palm”, wrote a 1936 “Taiji Boxing” manual which contains one of these history sections.

He writes: “China’s boxing arts have many names, but amount to no more than the internal skill and the external skill. The ancestor of the external is Shaolin. Its movements are all magnificently expressed. Since its principles have been spelled out by many previous generations, they do not need to be repeated here. The ancestor of the internal is Wudang. Its strength is stored within, such as in Taiji Boxing. Its power not being outwardly displayed, it instead has a pure naturalness. Like an unending circle, its movements are lively. And so it is deemed internal and is different from Shaolin.
Taiji Boxing’s origin can be separated into five versions:”

The idea of Taiji Boxing being different to Shaolin is the thing he’s highlighting here – he’s trying to create something in contrast to Buddhist outside influence. Something Chinese that can bind the nation together in the face of foreign aggression (British and French before and Japan had just invaded). So, he’s saying that anything from this “internal school” is “Taiji Boxing’s origin”, without an actual lineage connection, this is a bit dubious at best, but let’s go with the flow. 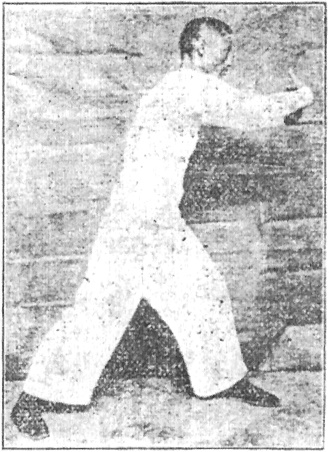 One “Chinese” lineage he then mentions is Chan Seng Feng on mount Wudang (which has no validity, and is just myths and legends):

He writes: “What Zhang Sanfeng taught was of the Wudang branch (because he was living in the Wudang mountains), and it was known as the “internal school” of boxing. This version had the highest number of movements yet. Again the name was changed, now to Taiji Boxing, and it went down two paths:

Another 2 lineages of Taiji Boxing he lists starting in the Tang dynasty (the Tang Dynasty was 618AD-907AD, which is over a thousand years ago!), he also lists 1 southern and 2 northern lineages for Taiji Boxing that go through Chen village (our podcast has discussed this and found it unlikely, but not impossible).

It appears that Taiji Boxing is springing up everywhere in China from multiple sources!

He concludes with: “These are just the people we know about, to give a general idea. To cover every person who has received it and make a clear survey of the prominent practitioners of each generation, that will have to wait for a future edition. More will be added later so that future students can know about the source of their art.”

This statement seems to be that he’s admitting he doesn’t really know. It’s just a collection of things he’s been told. None of which there is credible evidence for beyond what he’s been told. Sure there could be a document somewhere proving “Yu family taught something called Innate Nature Boxing” in the Tang dynasty, but how does that related to Taiji Boxing?

There’s no connection beyond the idea that anything Wudang-like must be the origins for Taiji Boxing because,….. it just is, ok?

Obviously, nothing comes from nothing – whatever Yang Luchan created post 1850 in Beijing was from what he learned previously. You could use the same logic to argue for a lineage all the way back to the pre-human monkey in 2001 banging bones together in front of a black monolith. Or you could go back to the start of the universe. It’s an interesting philosophical question, but for sanity’s sake I think you have to start somewhere with a style that has a name and a collection of training methods called “Tai Chi Chuan”. Otherwise, all martial arts are infinity years old.

But to get back to my point. It’s not the age of the art that matters, it’s what you can do with it that does. These old boxing manuals are a real treasure, but I look at them for their practical advice, their description of forms and strategies and applications, not their accounts of history from an age where saying the wrong thing could get you beheaded. Unfortunately for the writers of many of these manuals, the Communists took over in 1949 and they were forced to flee to Taiwan and Hong Kong. A lot of them didn’t make it.