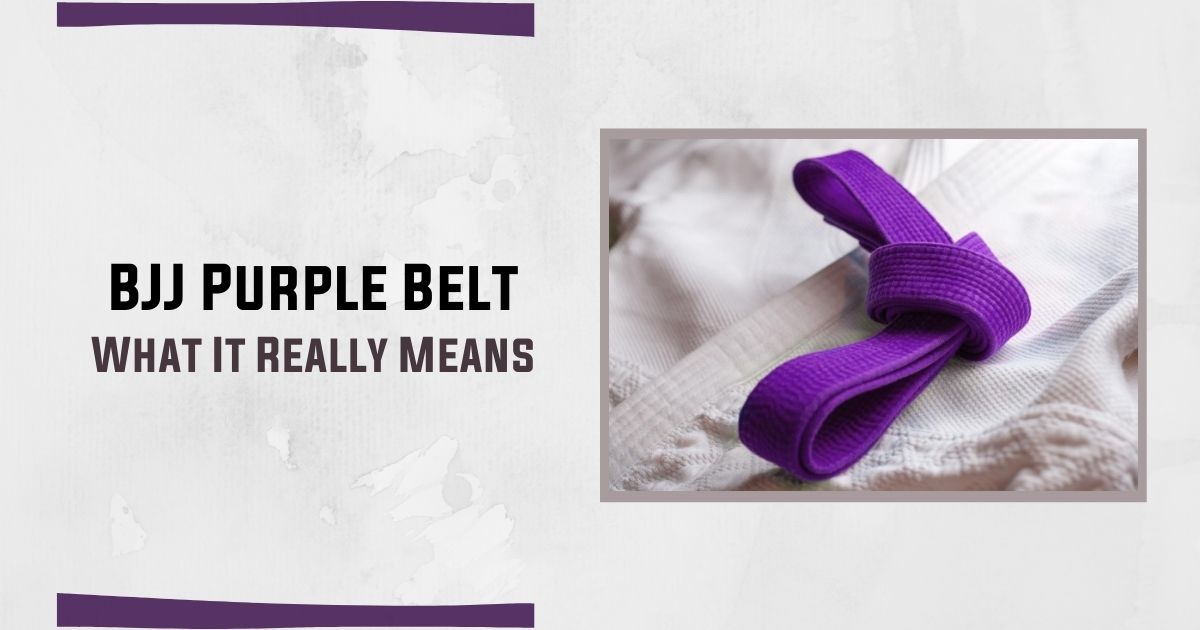 With the popularity of world-class, no-gi Jiu Jitsu athletes, such as Gordon Ryan or Craig Jones, the Jiu Jitsu belt system might seem like an archaic tradition. However, Jiu Jitsu belts still remain both a relevant indicator of progress, as well as a link to the art’s history and customs.

As the middle belt, purple is when a Jiu Jitsu player begins to form their identity within the grand scheme of the sport. This rank often coincides with a transition to coaching or a more serious focus on competition. Keep reading to see what a purple belt really means.

Alessandro Tomei – Training and only training

Every Jiu Jitsu academy and its criteria for conferring rank will differ from one another. However, achieving a purple belt will likely take the average Jiu Jitsu player about four years.

By the time you’ve reached purple belt, you’ve probably had a few competitions and seminars under your belt. Even if you consider yourself a hobbyist, tournaments and other events are great opportunities to expand your Jiu Jitsu potential while trying something new.

The trope of the “disappearing blue belt” is a meme in Jiu Jitsu that has both entertained and plagued the community for years. So, to reach purple belt bestows upon its new owner an unspoken respect among their peers.

While it is not unusual for a person to have a preference between gi and no-gi training, a purple belt will most likely be proficient in both styles. Ideally, a purple belt should strive to attend every class they can.

If someone has put in the time, energy, and rolls to obtain a purple belt, it can be assumed that they are deeply passionate about Jiu Jitsu. 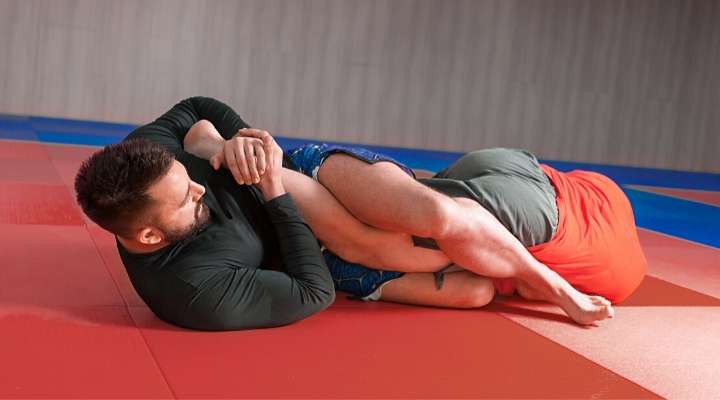 Speaking of passion, getting to purple belt is one thing, while being a purple belt is another game entirely. Depending on the belt demographics in your academy, you may now be regarded as another coach or a mentor.

How (And Why) to Tape Your Fingers for Jiu Jitsu. Bonus: Our Top 5 Finger Tapes

Crucifix Position in BJJ – How to Set Up, Attack, and Defend

Many purple belts take on leadership roles in their gyms. Being in a teaching position helps both the purple belt and the gym in several ways. For the academy, there is less burden on upper belts to be responsible for every class and student. White belts and blue belts will also have a more relatable role model in a purple belt, someone who was in their position not very long ago.

As the purple belt teacher or coach, you will gain a more profound understanding of Jiu Jitsu and its mechanics. You may know how to do the perfect triangle, but that new white belt will force you to confront why you perform the triangle that way.

Your time spent at purple belt will set the tone for the rest of your Jiu Jitsu career. During this time your game will evolve and change, sometimes drastically. But, purple is the stage where you will take all of what you’ve learned thus far and begin to connect it into a cohesive and personal Jiu Jitsu game.

You may also find that at purple, more than ever before, you are more curious, experimental, and innovative. You might try unorthodox setups, stylish submissions, or perhaps pioneer your own brand of techniques. 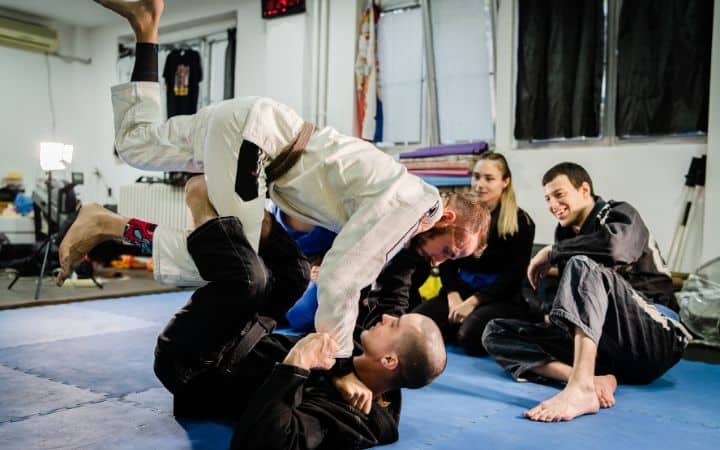 A reassuring aspect of advancement in Jiu Jitsu is that your journey does not have to match others. In other words, as a Jiu Jitsu player, your goals can be as varied as the techniques that make up your game.

Whether you want to become a world-class competitor, a coach at your academy, or just do Jiu Jitsu for its own sake, the purple belt will demand a higher level of commitment in your training.

Upper belts and other purple peers will begin to notice you more and take your rolls more seriously. So, whether you like it or not, you will be pushed harder. Greater application of technique and stamina will be non-negotiable as a purple belt.

The Top 6 Differences Between BJJ And Submission Wrestling

6 of the Best BJJ Schools In The World

To keep up with the demand of more challenging opponents, it is paramount that you incorporate supplemental training. There is no right or wrong answer for how you choose to support your training outside of the gym 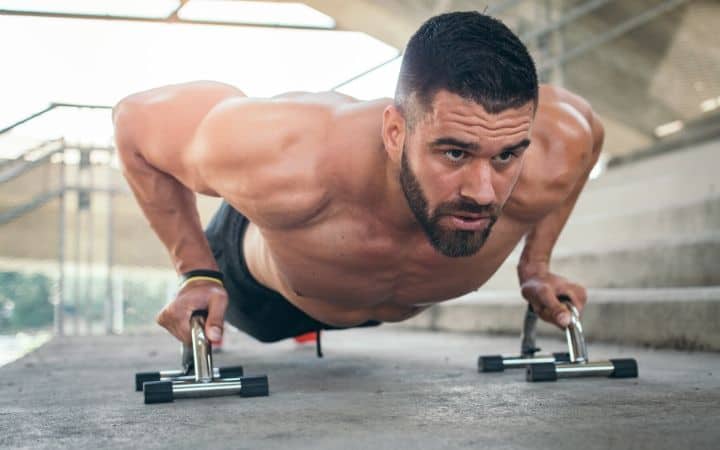 Begin focusing on stamina through running, swimming, or whatever workout suits you. Having the best technique of any purple belt in your gym or on the competition circuit will be virtually meaningless if you’re too tired to pull it off.

Whether or not you want to be in the Jiu Jitsu hall of fame, you should still be competition minded. You don’t even have to compete in tournaments to have a competitive mindset. However, you should learn to treat your rolls less passively and invite the challenge of rolling harder and with upper belts.

Take every opportunity for extra training that you can. This may mean training outside of your gym. It can be easy to become complacent only rolling at your academy. Try going to open mats at other gyms and see how you fare against their purple and blue belts.

Every belt rank in Jiu Jitsu poses its own unique challenges and rewards. However, as the middle of the pack, a purple belt should have an appreciation for the fundamentals and difficulties that came immediately before, while aspiring to the technical mastery of higher belts.

Being a purple belt does not instantly transform you into a competitive Jiu Jitsu athlete. But, holding the rank should inspire you to become more passionate about your Jiu Jitsu.

At this point, you should be crafting your own unique brand of Jiu Jitsu, while also being able to communicate the fundamentals to lower belts 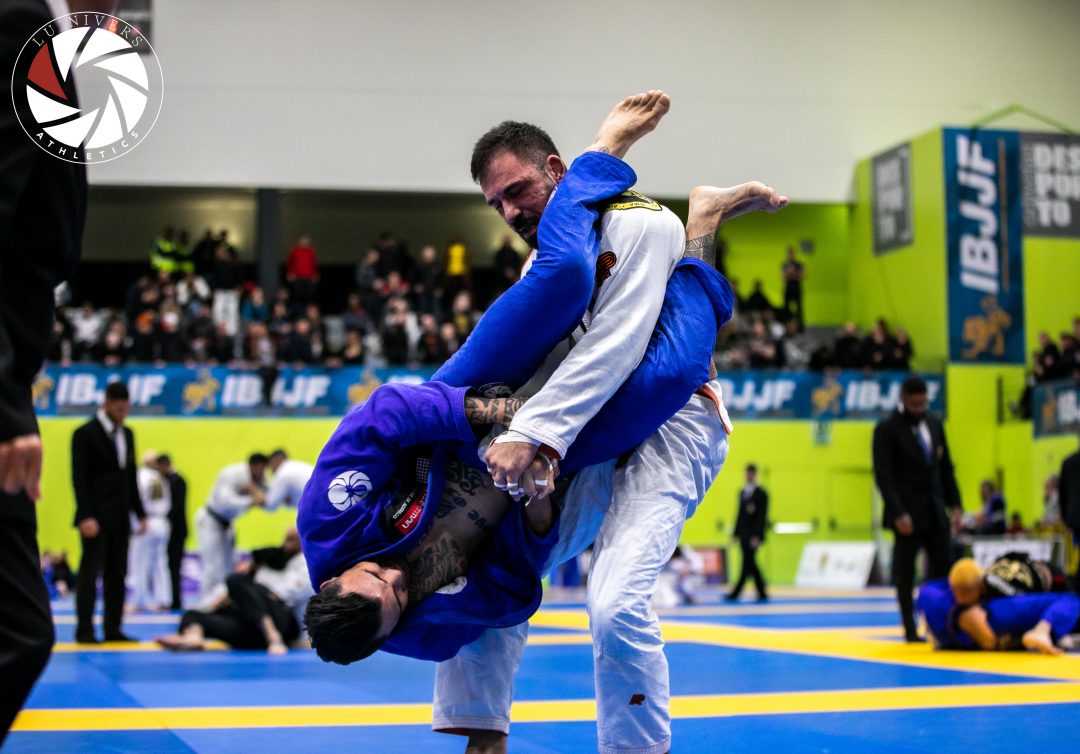 Jiu Jitsu players from your own gym, other gyms, and tournament circuits will become more aware of your growing skill and present you with more of a challenge. While you may just want to roll for the fun of it, a purple belt should develop a more competitive mindset toward Jiu Jitsu overall.

Ultimately, what a purple belt, or any belt for that matter, means is entirely what you make it. But, as you close the distance to your black belt, be prepared to receive the respect of your peers and all the challenges that come with that respect...